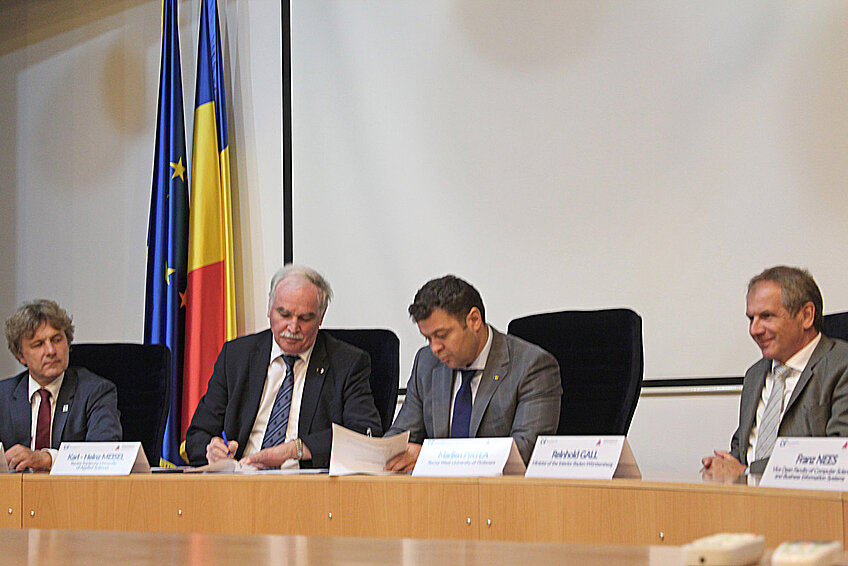 In the presence of the Minister of the Interior of the German federal state of Baden-Württemberg, Reinhold Gall, the Mayor of the city of Karlsruhe, Dr. Frank Mentrup, and the German Consul in Timişoara, Rolf Maruhn, on July 31, 2015, the President of Karlsruhe University of Applied Sciences, Prof. Dr. Karl-Heinz Meisel, and his counterpart, Prof. Dr. Marilen Pirtea of the West University of Timişoara (UVT), signed an agreement at UVT about the establishment of a German-Rumanian dual-degree Bachelor’s program in Business Information Systems and Accounting.

The new program will allow for up to ten students per year to study for a part of their program at the respective partner institution, thus acquiring a Rumanian as well as a German Bachelor’s degree. For the Rumanian students this constitutes a new education pathway, as they will do the third and forth semester of the Business Information Systems degree in Karlsruhe.

The German companies of the Timişoara region have for some time pointed out that there is an urgent need for employees with special skills both in accounting and in IT management systems. With the new program the West University is hoping to address this need, thus helping to train skilled staff and prevent a further brain drain from the Banat region of Rumania. On the other hand, students from Karlsruhe will be able to do their mandatory internship in Timişoara and also to strengthen the business/management orientation of their degree through one or two study semesters at UVT.

As Prof. Dr. Meisel pointed out at the signing ceremony, the new dual-degree program with UVT is very valuable for Karlsruhe University of Applied Sciences, as it strengthens his institution’s international orientation, which is one of its strategic goals. Until now, he said, there had been little cooperation on that scale with countries in the east of the European Union in the field of Business Information Systems.

Reinhold Gall, who attended the signing ceremony with a delegation of the state of Baden-Württemberg, congratulated the representatives of both universities on their achievement, calling it a new milestone in the academic cooperation between Germany and Rumania.

At the end of the ceremony at UVT, the first scholarship holder of the new program was presented. Supported financially by the German Business Club in the Banat and the Rotary Club Cosmopolitan of Timişoara, Ioana Tatarciuc will enroll in the new program at UVT in October 2015. In the summer semester of 2017 she will be going to Karlsruhe to continue her studies as part of the first cohort of the new dual-degree program. 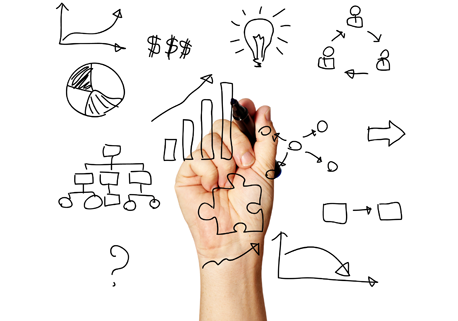